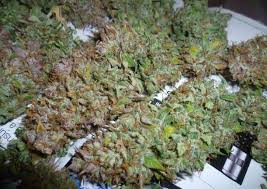 Adolescent use of marijuana is associated with adverse later effects, so the identification of factors underlying adolescent use is of substantial public health importance. The relationship between US state laws that permit marijuana for medical purposes and adolescent marijuana use has been controversial. Such laws could convey a message about marijuana acceptability that increases its use soon after passage, even if implementation is delayed or the law narrowly restricts its use. We used 24 years of national data from the USA to examine the relationship between state medical marijuana laws and adolescent use of marijuana.