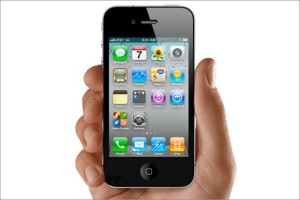 The nearly universal availability of smartphones in Western cultures has created a new potential for widespread abuse of the technology in ways that suggest addiction. Due to the many applications available for smartphones, vulnerable personalities are often likely to develop attachments that interfere with daily activities and promote distress and anxiety upon withdrawal.1-4 Physical symptoms can include muscle pain and eye problems,5,6 and more extreme psychological disturbances such as auditory and tactile delusions can also emerge.7,8

Smartphone addiction also appears to be linked to comorbid conditions associated with poor mental health, such as sleep disorders, anxiety and stress disorders, and greater consumption of alcohol and tobacco.9

The range of smartphone functions — including Internet use, online gaming, digital cameras, Global Positioning System (GPS) navigation, and interactive applications such as Pokémon GOand Fitbit® — present an immediate distraction that can take the user’s attention away from real-time events, including school and work, social activities, and driving.

Although the concept of smartphone addiction is increasingly becoming accepted, the definitions vary. De-Sola and colleagues10 described features of craving, “an unstoppable and uncontrollable desire that can lead to use (a drug, a technology), despite its negative and detrimental effects.” They cited the positive signs of smartphone addiction as urgency, abstinence, dependency, difficulty of control, increased use and the need to stay connected,11-13 with prominent negative signs of irritability, restlessness, stress, and mood changes associated with inaccessibility to the smartphone.3,14-19

The problematic behaviors associated with smartphone use that are most suggestive of addiction include9:

The extent to which smartphone dependence crosses into addiction is an area of current debate, as clear delineations between normal use, abuse, misuse, dependence and addiction have not yet been made.20

Smartphone addiction is increasingly recognized as a type of behavioral addiction, although it is not yet recognized as such by the DSM-5.The profile of smartphone abuse indicates a pattern that is most prevalent in young females who may have low self-esteem and demonstrate an excessive need for social networking.