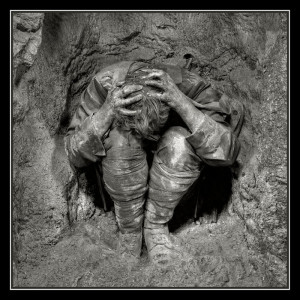 In this large observational cohort study, Dutch military personnel who were deployed to Afghanistan as part of the International Security Assistance Forces between March, 2005, and September, 2008, were assessed for posttraumatic stress symptoms with the Self-Rating Inventory for Post-traumatic Stress Disorder (SRIP) questionnaire. Participants were assessed 1 month before deployment and followed up at 1 month, 6 months, 12 months, 2 years, and 5 years after deployment, with changes in SRIP scores compared with pre-deployment using a mixed model analysis. The primary outcome was the total score of post-traumatic stress symptoms measured with SRIP at predeployment and the fi ve follow-up assessments, with a score of 38 used as the cutoff to indicate substantial posttraumatic stress symptoms.

Overall, we identified two important eff ects of deployment on post-traumatic stress symptoms: a short-term symptom increase within the fi rst 6 months after deployment; and a long-term symptom increase at 5 years after deployment. These fi ndings implicate an increased demand for psychological care immediately after deployment and even 5 years after a deployment has taken place. Health-care providers need to be made aware of these potential treatment needs. Moreover, this study confi rms that the experience of more deployment stressors increases posttraumatic stress reactions. Furthermore, younger military personnel respond more strongly to deployment with increased symptom levels. The results of this study underscore the importance of long-term monitoring of psychological health of deployed soldiers because early detection of symptoms is essential for early treatment, which is related to a positive eff ect on mental health.