For those with an interest in remodeling for Disabilities and Special Needs, see below! 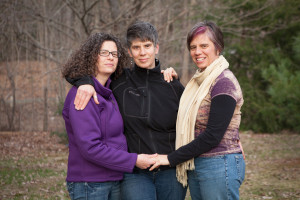 ROSIE, Therese and Linda McMahan were always close, but after their father died unexpectedly in 2011, they found their relationship strained.

They did not know what to do for their 84-year-old mother, Rose, and their brother, Paul, 53, who has cognitive disabilities and is in a wheelchair. The sisters tried to find an assisted-living home nearby, in the Boston area, but couldn’t. And so after many months, they decided that their mother and brother would move in with Rosie’s family in Amherst, Mass.

“We were all confused and upset about the situation,” said Rosie, 51, who is an educator and a counselor for teenagers. “We had so many questions. How much respite should my sisters offer me? Should Mom’s name stay on the deed of the house? Where will either of them go if I can’t keep taking care of them?”

“It was hard to figure it out,” said Therese, 50, a midwife in Somerville, Mass. “How do we make decisions? What do we all feel comfortable with? What are the guidelines we’re going to adhere to? Every conversation ended with someone crying or hanging up, or both.”

To help them navigate those difficult waters, they went to mediation to learn how to “stay in each other’s life and not have it be destructive,” as Rosie put it. “We wanted to stay connected as siblings, but if you don’t get someone else to help you out, you kind of fall prey to your childhood antics. A mediator makes a hard job a little easier.”

Elder mediation, an emerging area within family mediation, has gained so much traction that in 2009 the Association for Conflict Resolution, a professional organization, started an elder decision section.

“Siblings are so complicated,” said Jonathan Caspi, the author of “Sibling Aggression” and a professor of family and child studies at Montclair State University in Montclair, N.J. “For many people they’re their best friend, and for others they’re their worst enemy.”

It doesn’t matter how successful people are; when they’re around their siblings, they often revert to their 7-year-old selves. “Family members are often very successful professionally, but when they’re back with the family it can trigger old emotions, and they envision each other back in their old roles and it makes it difficult to envision who that person is now,” said Crystal Thorpe, a co-founder of Elder Decisions, in Norwood, Mass., and a co-author of “Mom Always Liked You Best.”

The sibling relationship can become even thornier when dealing with aging or infirm parents. All sorts of issues that can test even the best relationships arise, including differences of opinion on housing, caregiving, medical treatment, estate planning and end-of-life care. One sibling often feels as if he or she is taking on more responsibility than the others.

“The No. 1 complaint is ‘Why aren’t my siblings helping me?’” said Amy Goyer, the caregiving expert at AARP and author of “Juggling Work and Caregiving.” “There has to be someone who takes the lead and organizes others to do things, but it’s hard for the ones who feel that they’re doing all the work.”

According to a 2001 report in the journal Conflict Resolution Quarterly, nearly 40 percent of adult children who cared for a parent said they experienced major conflict with a sibling. That conflict could be “over the amount of care, or money, or who should be making decisions, or just deep-rooted sibling rivalry over who does Mom or Dad love best,” said the report’s author, Deborah B. Gentry, a professor emeritus at Illinois State University.

“Most of the time siblings want what’s best for the parents. They just look at it in a different way,” said Susanne Terry, a mediator in Danville, Vt. “Our goal is to help them figure out what their common interests are, so they can work together to find solutions.”

Unlike traditional psychotherapy, which can take years to unearth entrenched problems, mediation is more focused on the present. The mediator does not advocate the viewpoint of any one person; rather, he or she acts as an impartial third party, helping resolve conflicts in ways that are acceptable to everyone.

Before Janet E. Mitchell, a lawyer and mediator in Fort Wayne, Ind., first meets with families, she has them complete a 25-question online inventory about how they respond to conflict. Sessions typically last two to three hours and cost $150 an hour. (The McMahans paid about $100 an hour for three two-hour sessions.)

“I help them make family decisions they can all live with,” Ms. Mitchell said. “I help to bring out their better selves so they can focus on the parent or the continuation of the family.”

Sally Smith, an environmental artist in Westport, N.Y., remembers how her father, Clyde H. Smith, and aunt, Nancy Whiton, benefited from mediation. Thirteen years separated them in age, and they had been rivals “ever since Nancy was born,” Ms. Smith said. When it came to making decisions about their elderly mother, Hilda Smith, they constantly undermined each other. Ms. Whiton, who provided all the physical care, wanted her mother to go into a nursing facility, whereas Mr. Smith, who had power of attorney, wanted her to remain in her home for as long as possible.

“They both loved their mom very much, and each thought they were doing the right thing for her,” Ms. Smith said.

Things got so bitter that the two stopped speaking. Finally, in May 2008, the two siblings agreed to see Neal Rodar, a mediator in Montpelier, Vt.

Although Ms. Smith was not present at the session, she said she detected a shift in her father’s and aunt’s attitudes immediately afterward. “They connected with tears and hugs, and Nancy said it was so great not to be battling against him,” she said. “They were each so righteous in their own decisions, but on some level they recognized that time was short and they had to move off of their positions.”

They were right; time was short. The next day her father had an aortic aneurysm and died a week later. Ms. Smith’s grandmother stayed in her home for about two months and then moved into a nursing facility. She died in 2011, shortly after her 100th birthday. Although much of the good will that had been generated by the mediation session was replaced by grief, Ms. Smith is grateful that her father and aunt had the chance for one final, productive meeting. “My dad said it was a profoundly moving experience, and he was bubbling over with gratitude,” she said.

For those with an interest in remodeling for Disabilities and Special Needs;

Home Remodeling for Disability and Special Needs: What You Need to Know! http://www.expertise.com/home-and-garden/home-remodeling-for-disability-and-special-needs