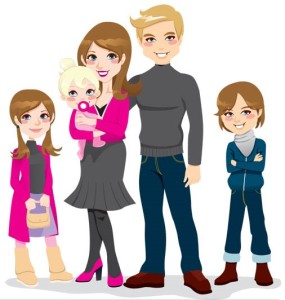 It has to do with your emotions

Humans are drawn to one another for countless reasons, and the fact that we’re often drawn to people who seem to “get us” emotionally is now borne out by a new study published in the journal PNAS: We are attracted to people whose emotions we can easily understand—and that may be due in part to matching neural circuitry.

“Being able to comprehend another person’s intentions and emotions is essential for successful social interaction,” says study author Silke Anders, a professor of Social and Affective Neuroscience at the University of Lübeck. “To accomplish a common goal, partners must understand and continuously update information about their partner’s current intentions and motivation, anticipate the other’s behavior, and adapt their own behavior accordingly.”

Anders and her fellow researchers wanted to learn whether there is a neural mechanism that underlines a person’s ability to read another’s emotions and become attracted to them. They had around 90 people watch video clips of women who facially expressed fear or sadness. After watching the videos, the people in the study were asked to judge how the women felt and asked how confident they were that they were reading her right. The researchers also measured the people’s brain activity through imaging.

They found that the more certain a person was about how a woman was feeling, the more attracted they were to her. Higher levels of certainty and attraction were also associated with more activity in the area of the brain that processes rewards. This, the researchers say, suggests that the ability to read someone successfully activates the brain’s reward system and spurs attraction.

“What I believe makes our findings really exciting is the fact that understanding and personal attraction seem to depend on both the sender’s brain and the perceiver’s brain, and on how well they match,” says Anders. “If the emotional signals sent by a sender—for example a facial expression of fear or sadness—can efficiently be processed by the perceiver’s brain, then their reward system will fire and they will feel attracted to the sender.”

Anders says prior research has shown that the brains of people who have difficulty understanding others’ emotions differ from people who are particularly good at it. Differences in brain circuitry may be at least partially responsible for missed connections in this study too. “If communication does not work as smoothly as expected, this might not always mean that sender or perceiver are not interested in communicating, it could simply mean that the overlap of their neural vocabulary is not yet large enough,” she says.

Whether emotional decoding and attraction can change if people work at it remains unknown. The study size was small, so more research will be needed, but Anders says she’d like to study how our understanding of others’ emotions changes over time, and whether the ability to successfully read people emotionally can grow with experience.